In addition, the combination of Kinetin PGRs with key nutrients such as potassium (K):

*Liquid K Extra™ is a registered trademark of Agrowchem Inc.

Learn More in our Nutrient Blog

Strengthening Plants Right From The Start

Soil Testing: What Should You Look For? 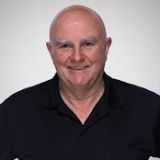